What kind of men signed up to become Wild Geese in the Congo?

The majority of the volunteers were men who at that moment were out of work, and who were attracted by the thought of 'big money'. Many of these, when they got to the Congo, realised it was going to be a real fighting war, so they got on the next plane back to Johannesburg. 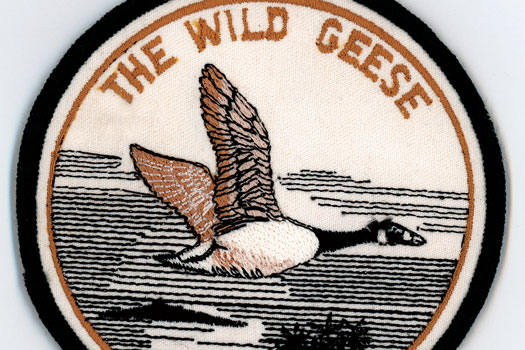 That left a group of about 300 men. Most had not received military training, and Mike Hoare trained them. The majority were adventurers, hunters, rangers, outdoor types, chancers, swashbucklers, even criminals on the run and a sprinkling of bloodthirsty killers.
Some of the men later said they had gone to the Congo to see how they would react under fire. Some said they wanted to stop the communists. Others said they had gone to get away from their wives. And yet others said they had gone there to find out who they were – and certainly Mike Hoare had very little time for this last lot. Whatever, they were all there mainly for the money.

Essentially, they were all adventurers. Here and there were some properly trained military men, men from Sandhurst, the Coldstream Guards and the South African Defence Force, and Mike chose them to fill the officer ranks.
Mike Hoare himself, of course, was a born leader who had fought the Japanese at the famous battle of Kohima in India in the British Army in World War 2, and in Burma, and had demobbed as a major to become a chartered accountant and safari leader.
The problem was, the unshaven and unkempt Belgian mercenaries who fought in Katanga in 1961 had been dubbed Les Affreux (the Frightful Ones) by the press. So, to differentiate his men from Les Affreux, Mike named his men the Wild Geese and insisted on regular British Army standards of appearance and dress.

During the next 18 months, Mike Hoare led his Wild Geese across the Congo, a country the size of Western Europe, to put down a communist-inspired rebellion, rescue 2000 nuns and priests from barbarity, beat Che Guevara … and become a legend. It's all in my book 'Mad Mike' Hoare: The Legend. I even have some leatherbound copies available in a numbered and limited edition of 100 copies, all signed by Mike Hoare. Complete our Order Form, or send your postal address, postal code and tel or cell number to chris@madmikehoare.com for a quote.