How Mike Hoare recruited Rhodesians for his Seychelles coup bid.

In 1978, Mike Hoare was approached to overthrow the socialist government of the Seychelles. Over the next few years he secretly visited the islands three times from his home in Hilton, South Africa, and ultimately it was time for action.

The South African government was persuaded to supply the weaponry, and in late 1981 Mike set about recruiting about 55 men to carry out a coup d'etat. The bush or civil war in Rhodesia had recently ended and many fighters from the Rhodesian Army found themselves unwelcome in Rhodesia and moved to English-speaking Durban. Many of these who had time on their hands would gather at the pub at the Riviera Hotel on Durban's esplanade.

Many people in Durban, even today, will tell you that it was in that pub that Mike planned the coup attempt, and that it was there that he recruited his men. Of course that was not the case, although one of Mike's inner circle, Barney Carey, did use the pub to network among the Rhodesians.

Soon a dozen Rhodesians wanted to meet Mike and hear more of the detail, and so a hush-hush meeting was arranged at Coastlands, a block of holiday flats, near the Durban beachfront. 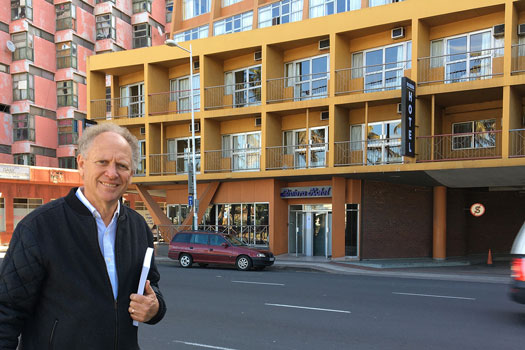 One of the 12 later wrote of the meeting, "Hoare was well turned out and sprightly in spite of his 62 years. How much of his magnetism was real and how much a result of our own preconceptions matters not – he had it. Bolstering this impression were his infectious optimism, his Irish gift of the gab and his erudite talk on how the Red Menace was spreading inexorably through Africa."

All except one of the men signed on.

Read all about the Seychelles coup bid in Mike's book, The Seychelles Affair, and in Chris Hoare's biography on Mike, 'Mad Mike' Hoare: The Legend. Complete our Order Form, or send your postal address, postal code and tel or cell number to chris@madmikehoare.com for a quote.