‘Mad Mike’ Hoare was always described as a brilliant leader of men. How did he do it? There is no single answer, rather a unique combination of tactics.

For example, one volunteer said Mike insisted on eating the same food as the men. Another said Mike would never leave his men during a battle, or ask them to do something he would not do. Mike always led from the front, unlike most other senior leaders in the Congo, and indeed was often described as fearless. And there are examples in the book ‘Mad Mike’ Hoare: The Legend. Mike himself said a leader had to distance himself from the men, and one of his ways of doing that was to live in separate accommodation where possible. Another was to not going drinking with the men.

Mike was always described as ‘dapper’, and this did not happen by chance. Mike said a leader had to dress like a leader, and he took pains to always be neatly dressed, to the extent that he had his 5 Commando shirts made by a good tailor in Durban. And of course it paid off.

But if you want to know Mike’s two top rules of man management, you can do no better than read the following passage from Mike’s book about mercenary soldiering in Katanga in 1961, titled ‘The Road to Kalamata’: 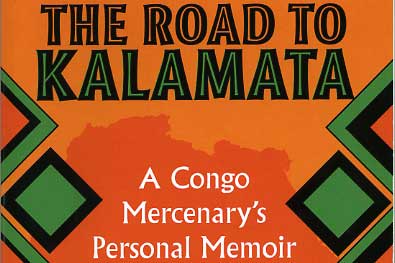 ‘I inspected the men and had them call out their names as I came to them, a trick I had learned years before as a second lieutenant. This little dodge had always helped me fix a man’s name and face in my mind. The second part of the trick is more difficult – to go round the ranks again, but this time (as you get to each man) you call out the men’s names yourself from memory. This comes with practice. When you get it right, it never fails to impress your men. Better than that, it gives them to understand, very rightly, that you intend to know them as individuals. Getting to know your men is ... the very first rule in man management and leadership. The second follows logically from that: get close to your men and care for them; a remote leader is an abomination.’

All seven of Mike Hoare’s books, and the complete biography of his life, 'Mad Mike' Hoare: The Legend, are available through the Order Form, or send your postal address, postal code and tel or cell number to chris@madmikehoare.com for a quote.